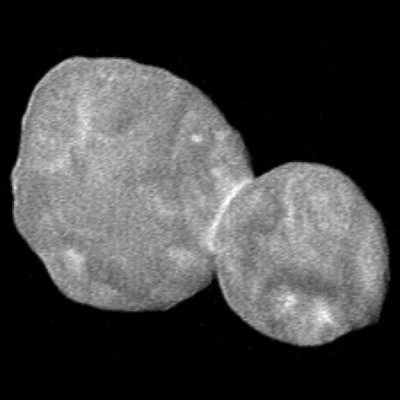 The New Horizons probe, which previously provided us with a stunning view of Pluto, recently gave us our first real glimpse of the most distant object we’ve ever visited: 2014 MU69, which has been given the nickname Ultima Thule.

Ultima Thule is 30 kilometers (18 miles) in diameter, and is thought to be an undisturbed fragment from when the solar system was first formed. Scientists hope to learn what conditions were like at that time by studying the object.